The Villa and the Bungalow 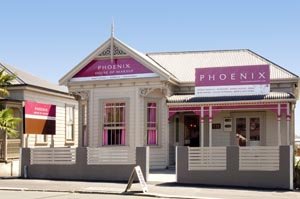 Much of the older residential accommodation in the Kingsland area falls into two styles, the villa or the bungalow.

The bungalow, from the Hindi for one story house, became popular in the 1920’s. Most have smaller windows than the villa, often with stained glass or leadlight inserts above them. There is a good example of a bungalow at 510 New North Road, near the former Fire Station.

The villa, from the Latin for house, is the older style mostly from the turn of the 20th Century. Most have double hung windows.

Cross New North Road to view older timber houses in villa style – some good remaining examples can be seen at 517, 511 and 495. The building at 513 is a good example of an 1890’s villa with an attached shop.
Kingsland Pharmacy and Mekong Neua are both examples of 1890’s villas with shop fronts built as later extensions.
Bouchon is in a building from the 1920’s and has its original suspended verandah.